"Classes are starting! HURRY UP!"
―Principal Yuriko to the students after the bell rings.(src)

Yuriko attempted to portray herself as combination of European and Japanese high class to camouflage her past as a delinquent. She seemed to be very knowledgeable, and often mixed random words in English into her speech.

She was a former Majijo student who was the founder and first president of the Rappapa. She dated Maeda Yoshiro once, and was Sachiko's rival for his love. After Yoshiro chose Sachiko over her, Yuriko swore that she would never love again. Years later, she became the principal of Majisuka Jyogakuen. She took a liking of the new Rappapa president, Oshima Yuko. Layer, Yuko was diagnosed of an incurable illness, and Yuriko also heard about the tragedy that befell the Maeda family. Yuriko then orchestrated Atsuko's transfer to Majijo, with the consent of both Yoshiro and Sachiko. Her reason for doing so was that she knew that Atsuko could take Yuko's place, because the former was serious with everything.

Yuriko would frequently talk with Atsuko's homeroom teacher Kuuki, checking to see if the transfer student could fit the role of Rappapa president. She later met Atsuko and warded off the Sanshou Sisters, who were attempting to attack Atsuko and Daruma. She told the girl that she cares for her like a daughter, because she very well could have been Atsuko's mother. After hearing that Atsuko was to fight Sado, she revealed her intentions and the girl's past to Kuuki. Their conversation was overheard by Atsuko's follower Onizuka Daruma. During the graduation, Yuriko presented a diploma to Yuko, who represented the graduating class. She also witnessed the Rappapa's passing of torch from Yuko to Atsuko.

Principal Nojima found out that Atsuko declined the position of the New Rappapa's president and that she had given it to Otabe, who came to Majijo at Atsuko's request. Baffled and concerned about the war waged by Yabakune, she asked Ms. Yokoyama where Atsuko is. After the police found a Majijo badge at the scene of the crime, Principal Nojima was asked for the name of students who were tardy or missing from school, in which she replied that she would cooperate and look into this. 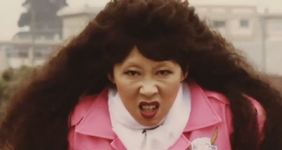 Yuriko during her time as Rappapa's president 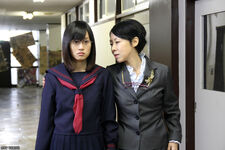 with Atsuko in Season 1 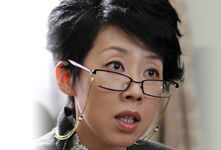